Today’s plan was to walk around the rim of a volcano, Montana Blanca to be specific. 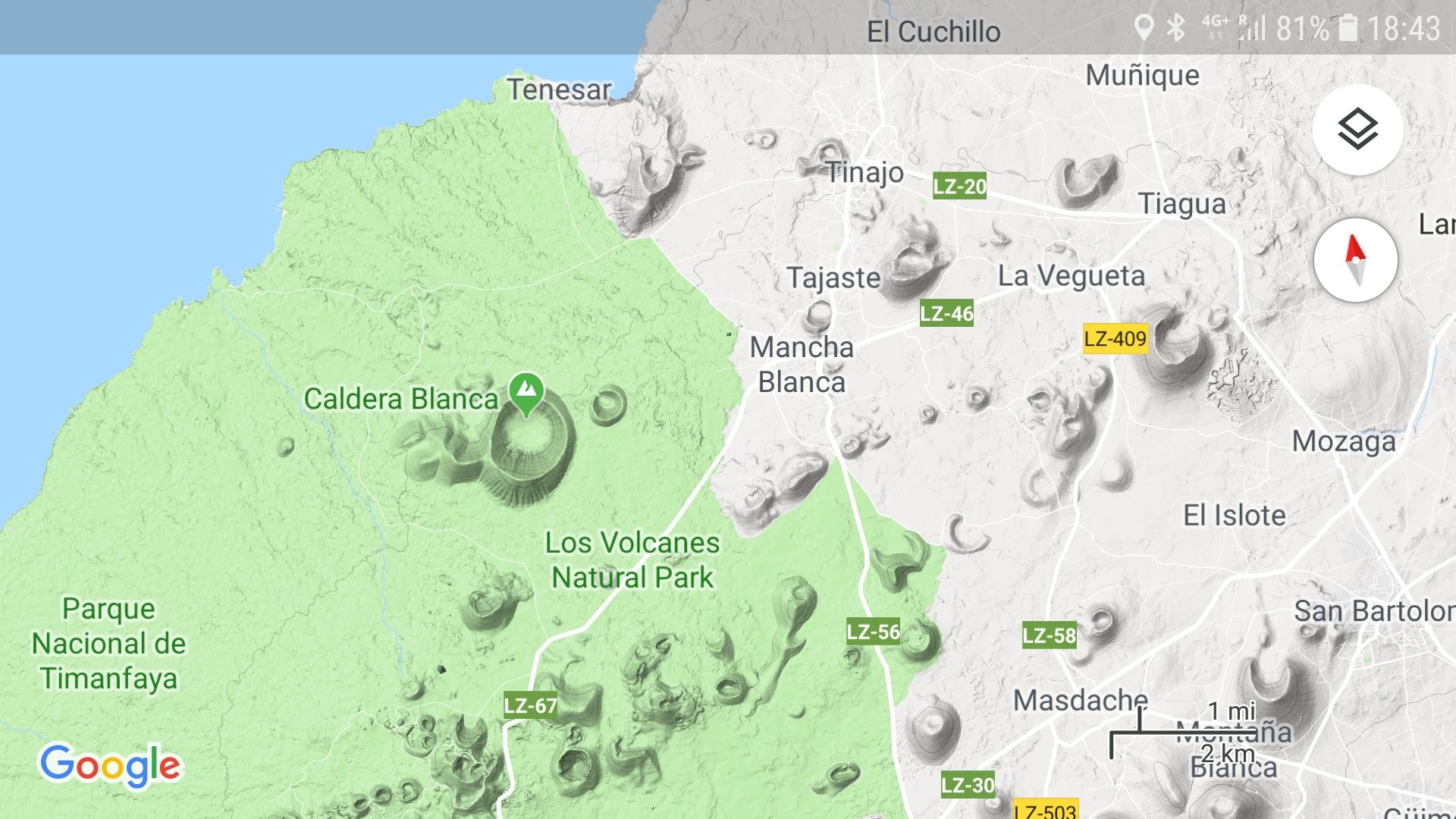 Montana Blanca (Caldera Blanca on the map) is situated in the middle of the island and is one of Lanzarote’s highest volcanic mountains. It starts in the village of Montaña Blanca and goes along dirt trails around the volcano before leading you up the volcano itself.

The trails leading to the volcano are wide and easy. The initial part of the climb is on dirt trails, whereas the second part is on more technical trails. The path up to the mountain top can be a bit more complicated. The views up this track are beautiful, overlooking the mountain valley.

So the idea was for an early start to avoid walking in the midday heat. So we went easy on the cocktails and an early night was had by all.

The early night didn’t help Hazel who had difficulty getting up for 7:30. When she did rise there was no smile on her face – working for a living is going to be a shock !

We started walking with broken cloud which kept us cool for the walk.

We walked in for about 2 miles before starting the climb up the crater, the total distance was 6.6 miles. The following pictures don’t really do it justice – a great walk if your ever in Lanza 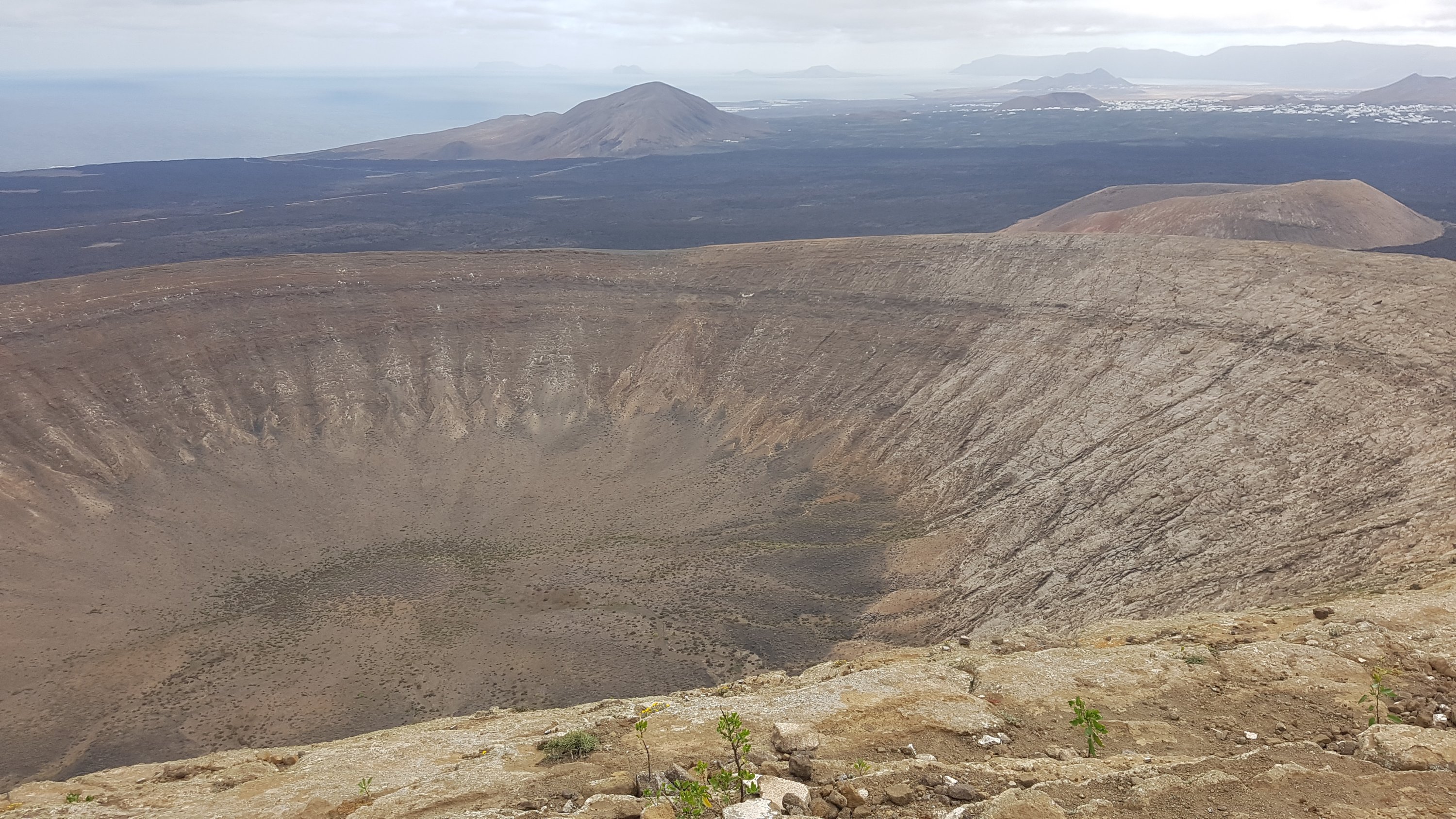 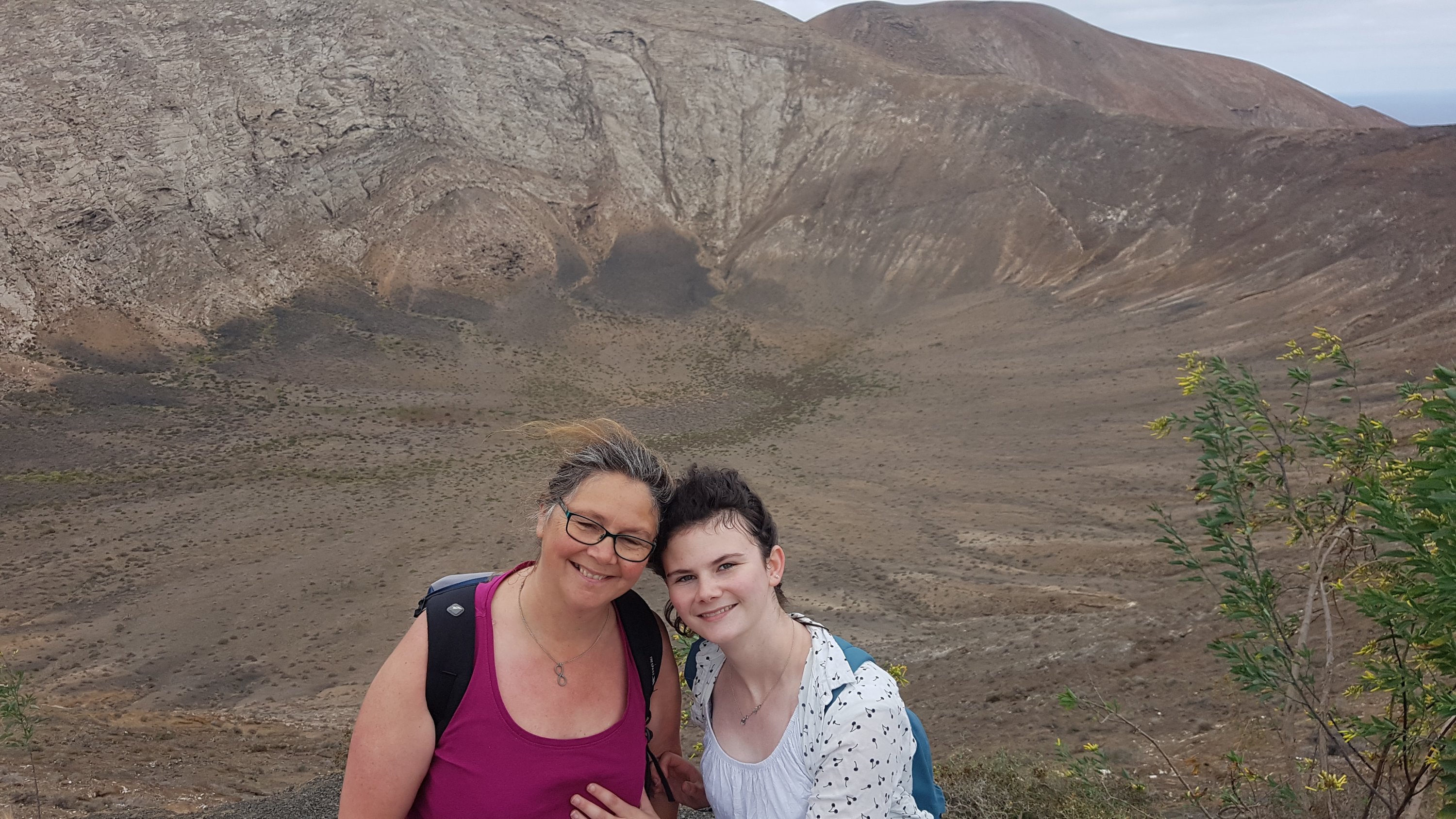 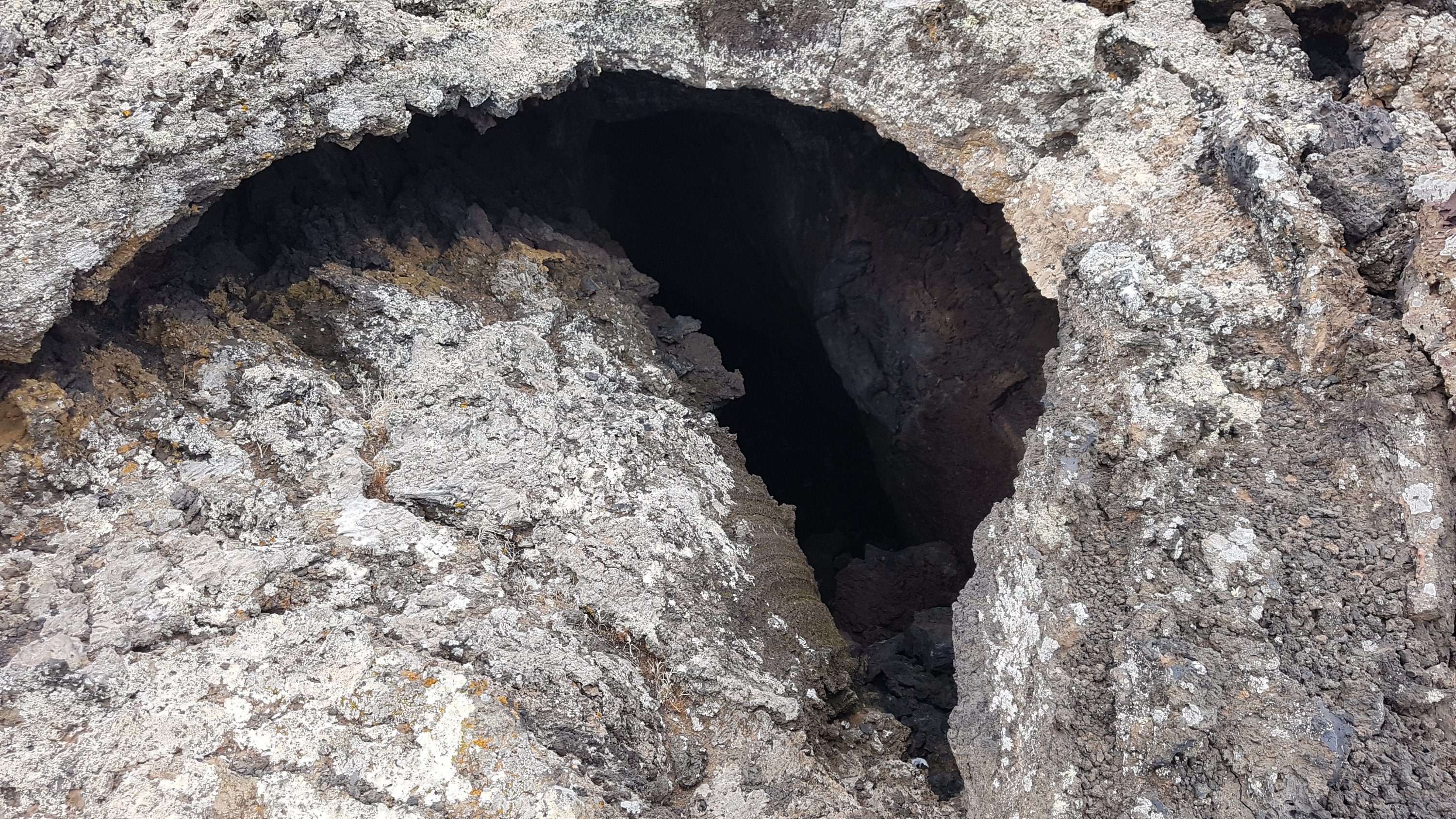 Lava tube – this is big enough for Sarah to climb into.

After the walk we revisited a “locals” bar we’d found in 2018 on the way back for food. Again the food was brilliant – and cheap. We’d really recommend this spot if you’re in the area – hopefully the map & screen shots should be enough to find it. 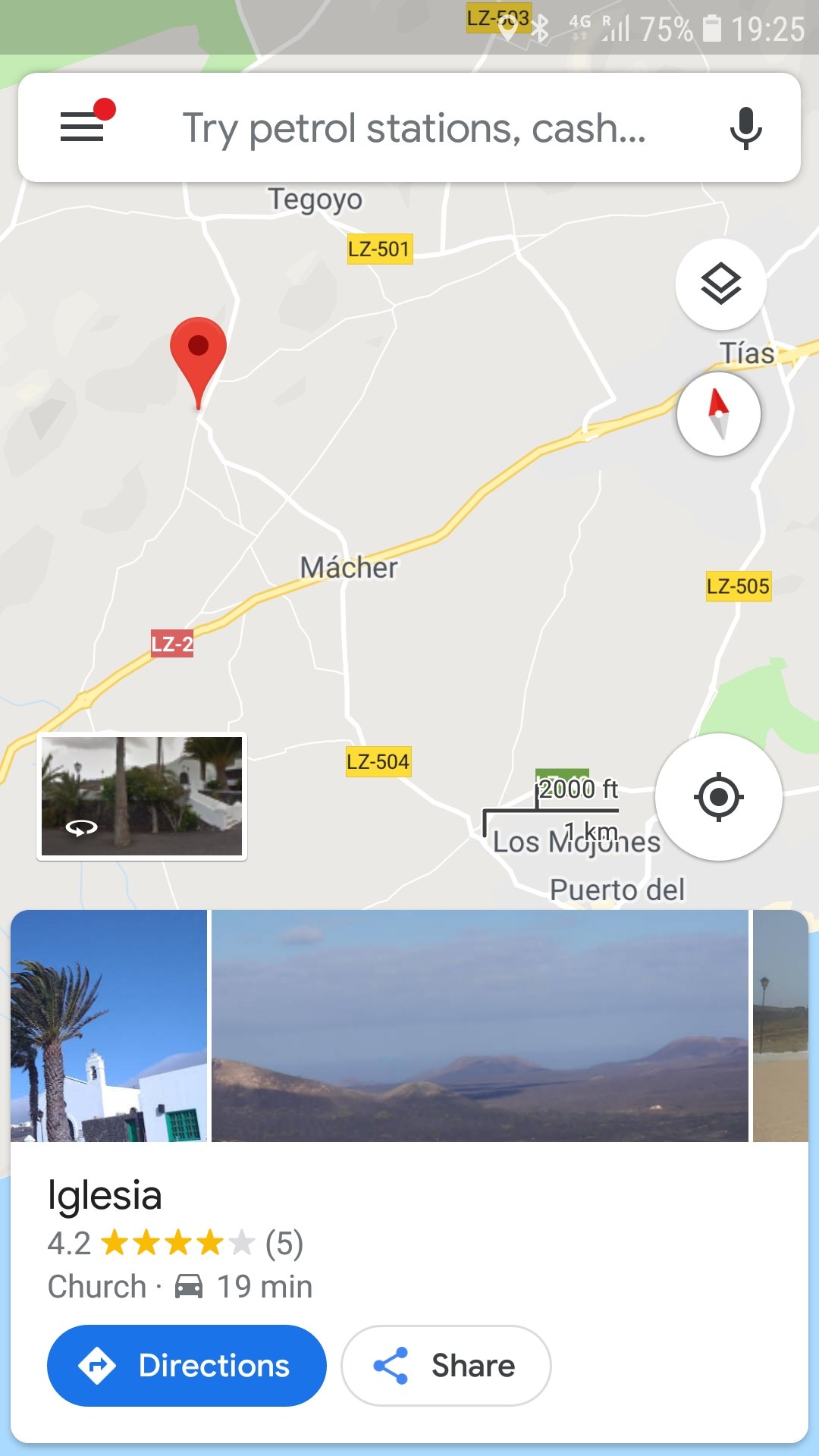 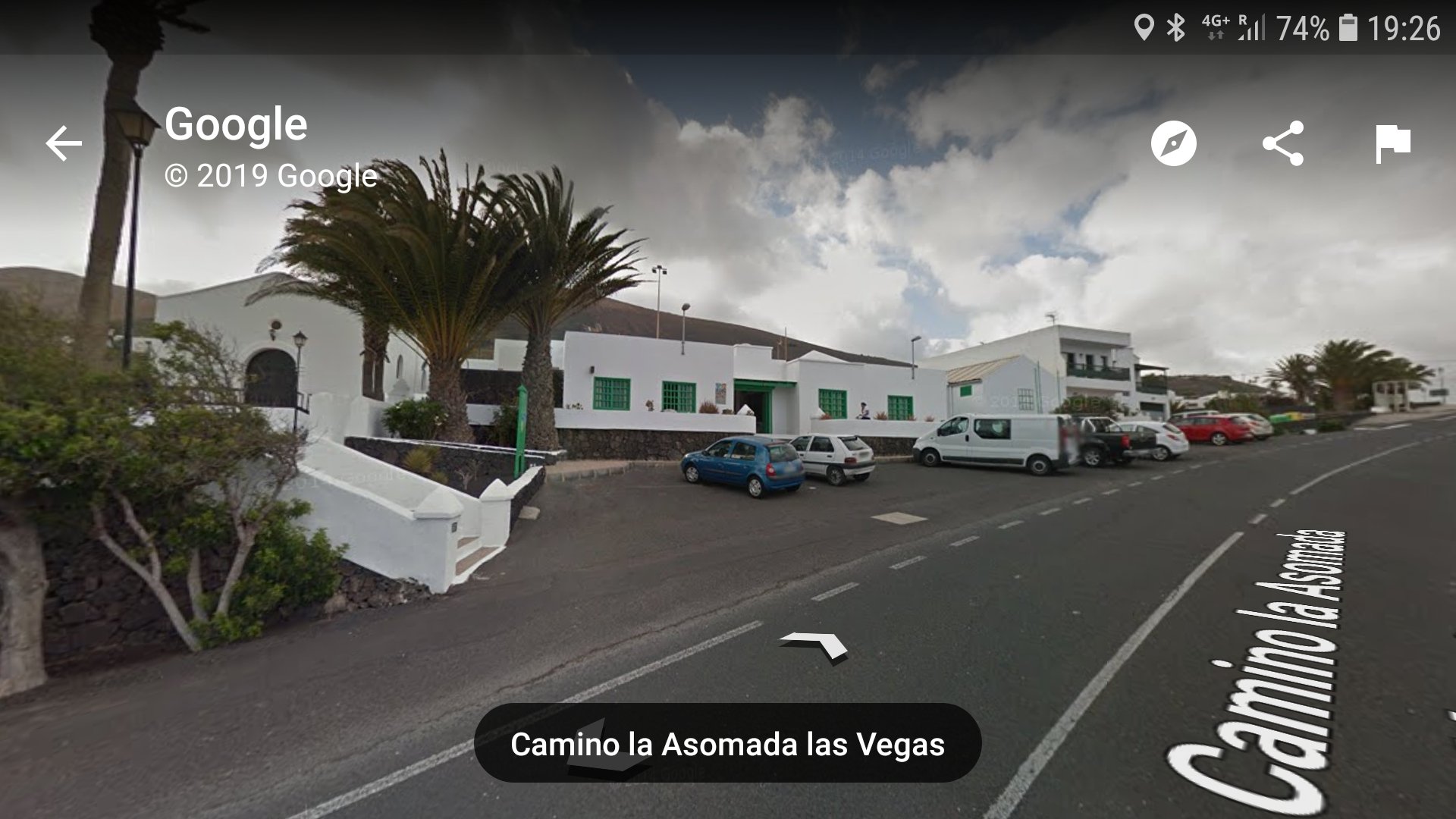 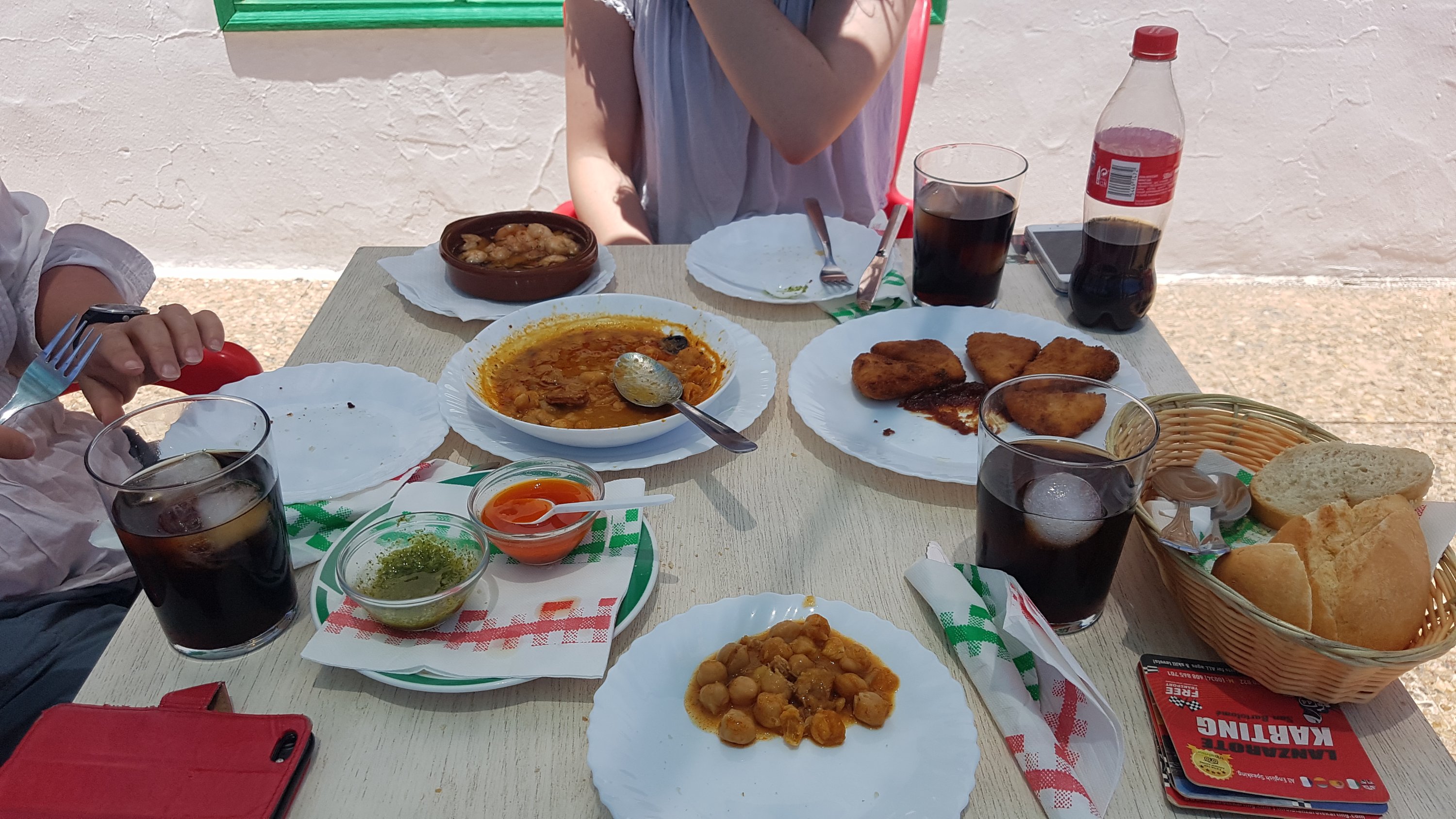 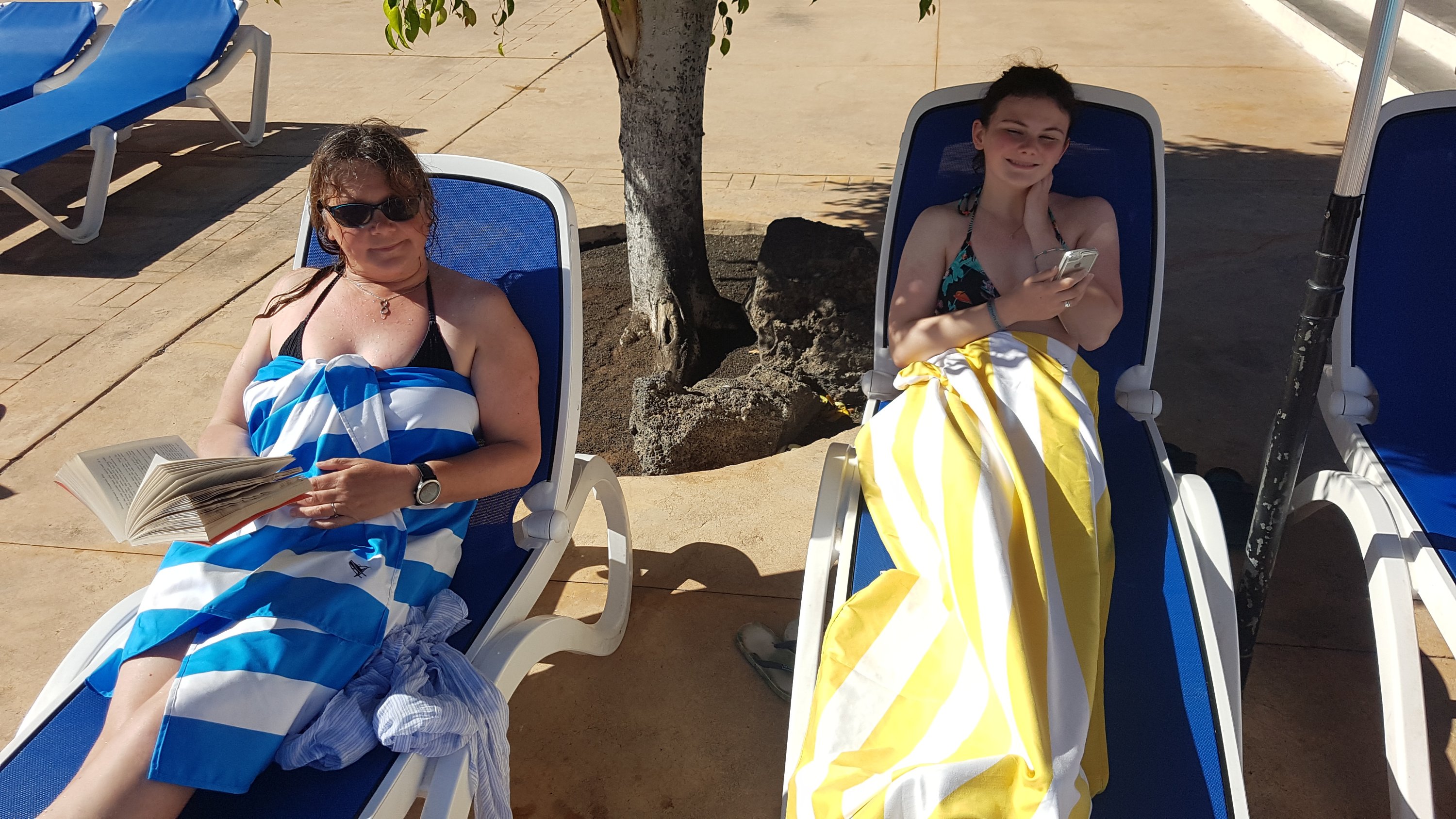