So it was an early start to make the most of the day – a cycling day today.

It didn’t take long to get out of the tourist sprawl on the coast and get into the lunar landscape that is Lanzarote. 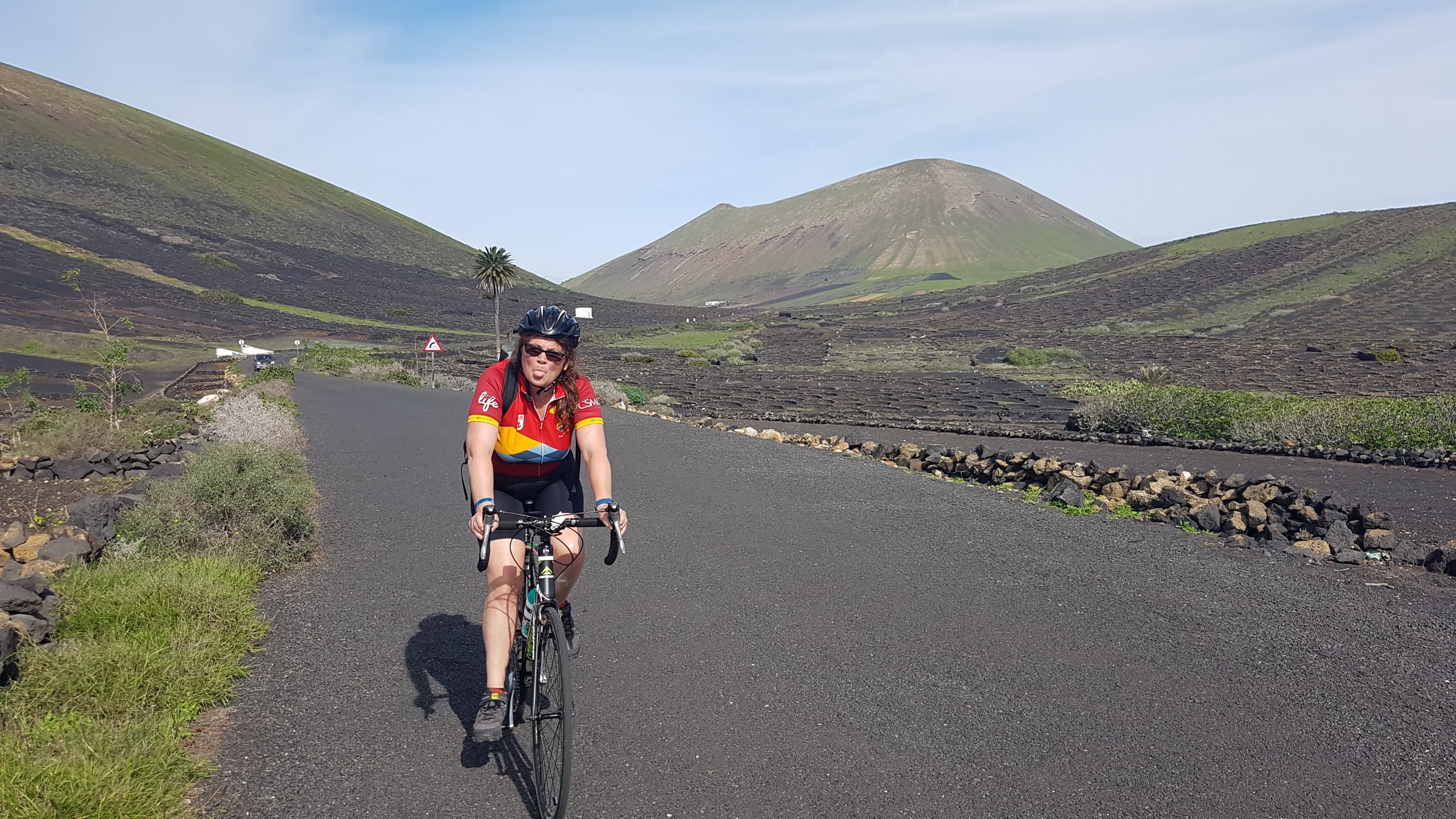 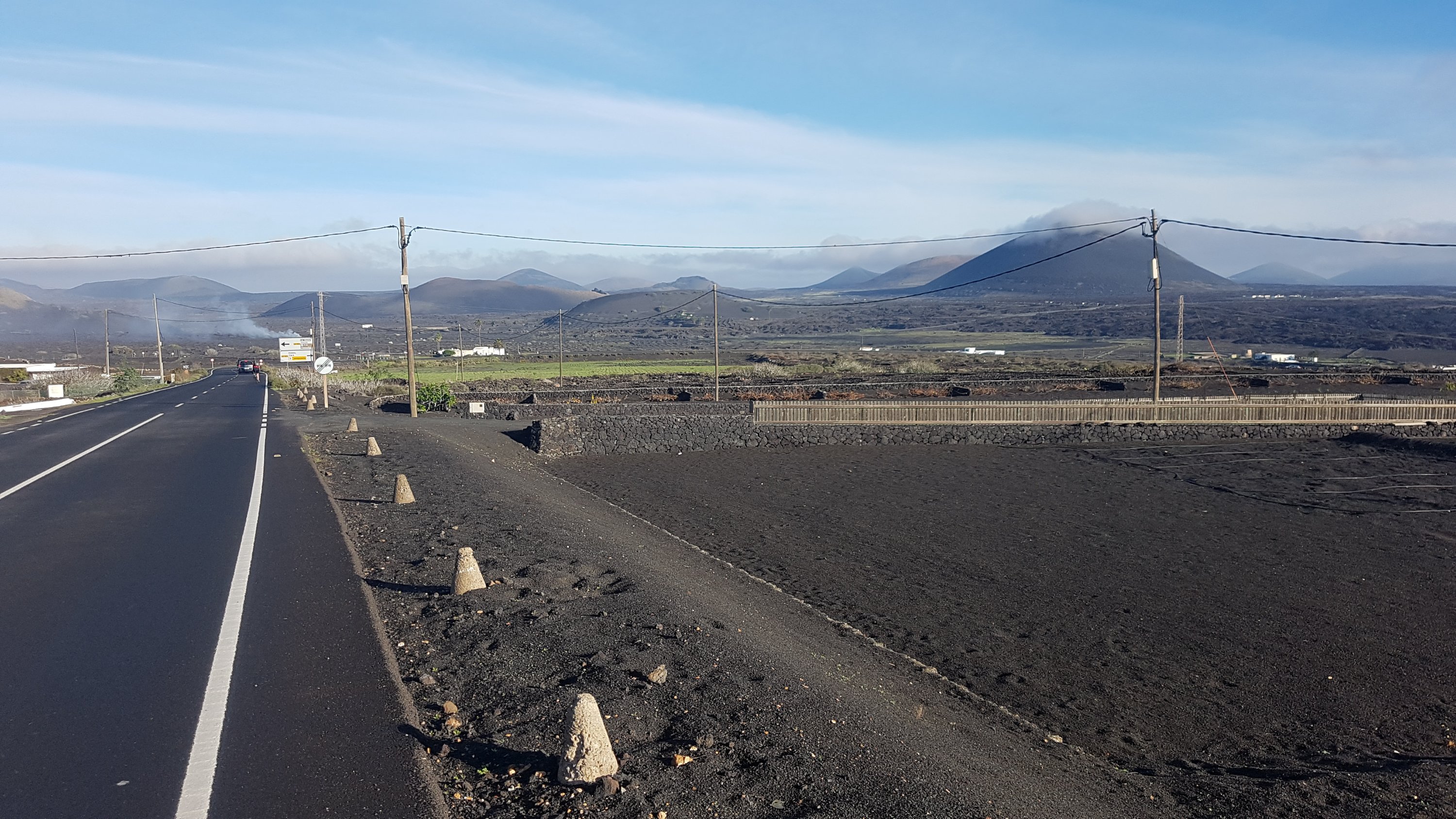 The route we chose kept us to the quieter roads and took in some of the island many valcanos. Really great cycling.

Our far point was La Santa where we stopped for a coffee and cake. 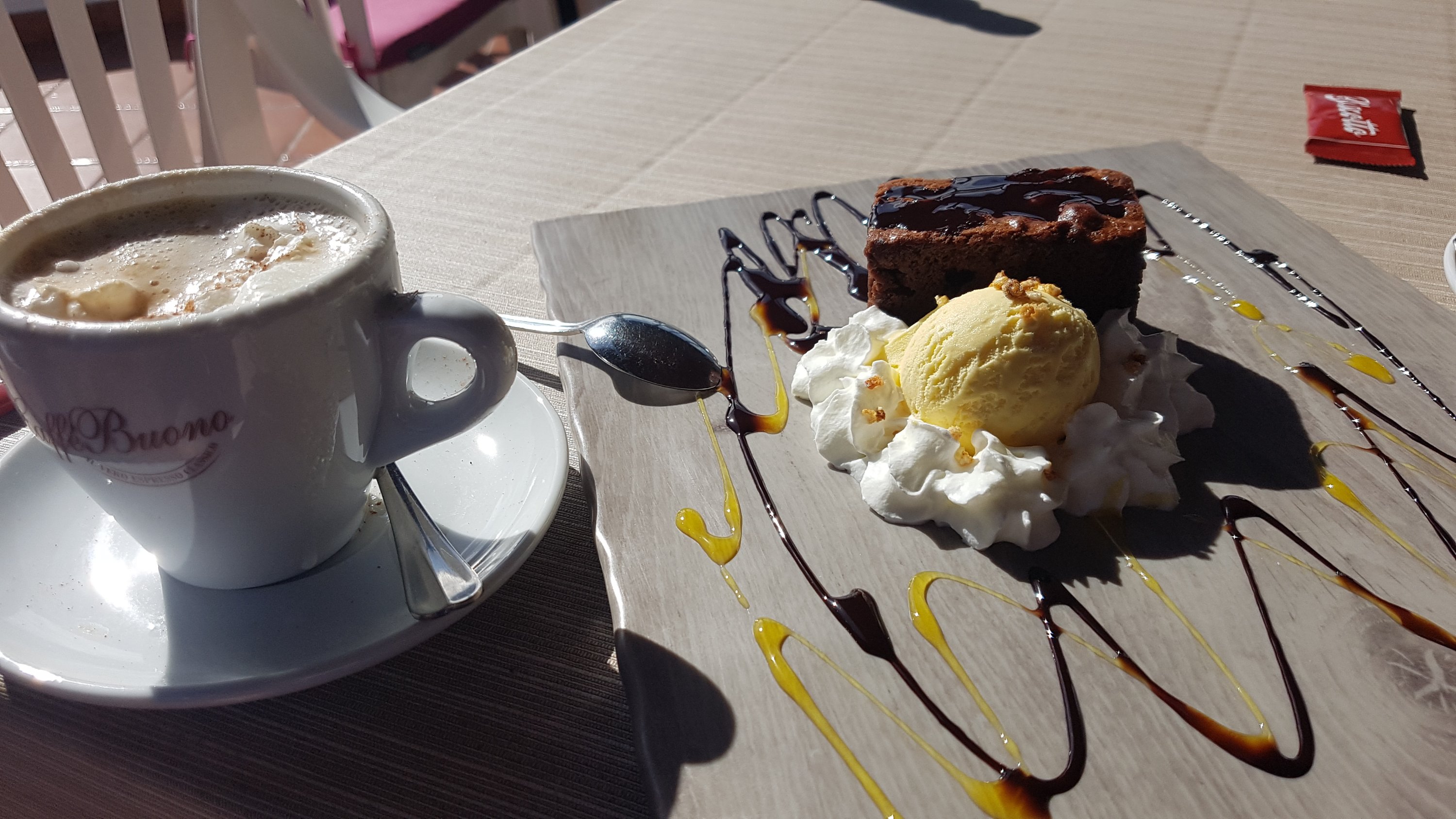 Really nice coffee & Cake but we got ripped off for €19. Won’t be going back there…

The route we took is shown below 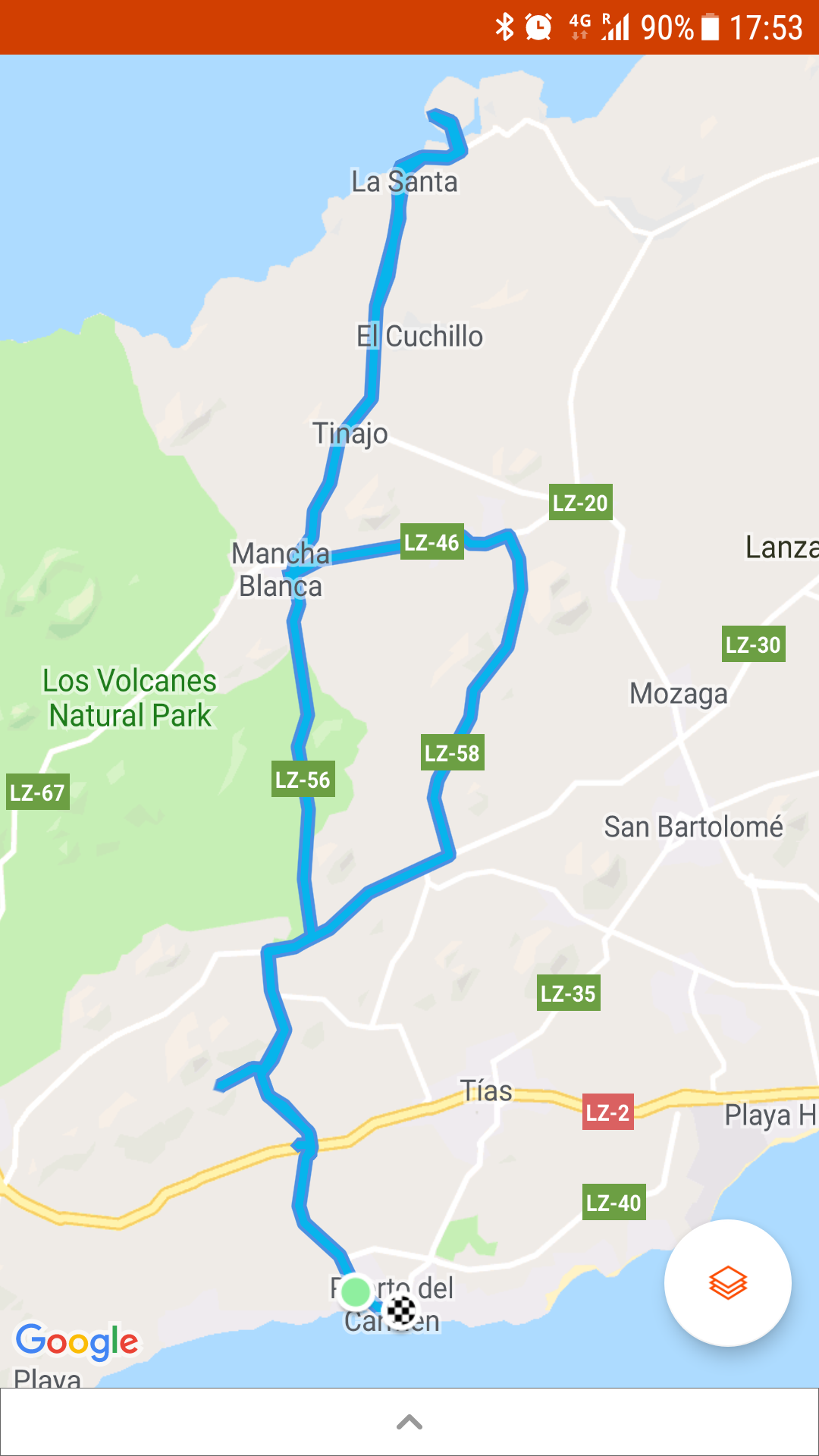 One thing to note for anyone fancying cycling in Lanza

Apparently water is the big issue on Lanzarote and these “craters” help preserve moisture and protect the vines from wind.

Just before the final decent to Puerto del Carmen we stopped for lunch at a small bar in La Asomada called Bar Achimencey. We thoroughly recommend this place. It was a “locals” bar & the food was traditional Canarian cuisine. The food was brilliant and in contrast to the earlier spot the prices were reasonable 😁

From there it was all down hill to drop the bikes off. We’d hired the bikes from www.lanzarotebikehire.com

A short walk back to the hotel for a well earned G&T and to write this blog. Unless you’re into cycling and/or visiting Lanzagrotty soon it’s a bit of a shit read – sorry…