Today’s story is the passing of a good friend…

Don’t panic this isn’t going to be a maudlin post. Yes a friend has passed but it was his time & my heart is filled with great memories…

The friend who has passed is my Monitor II dive computer. Today my trusty friend flooded with sea water.

We became friends back in the 90’s when I was young and stupid. This Swiss made friend kept me safe through a lot of daft exploits allowing me to reach adulthood. (Ok some will argue I still haven’t grown up yet)

So my good friend passed on the first of two dives. The first dive was in a sculpture park. 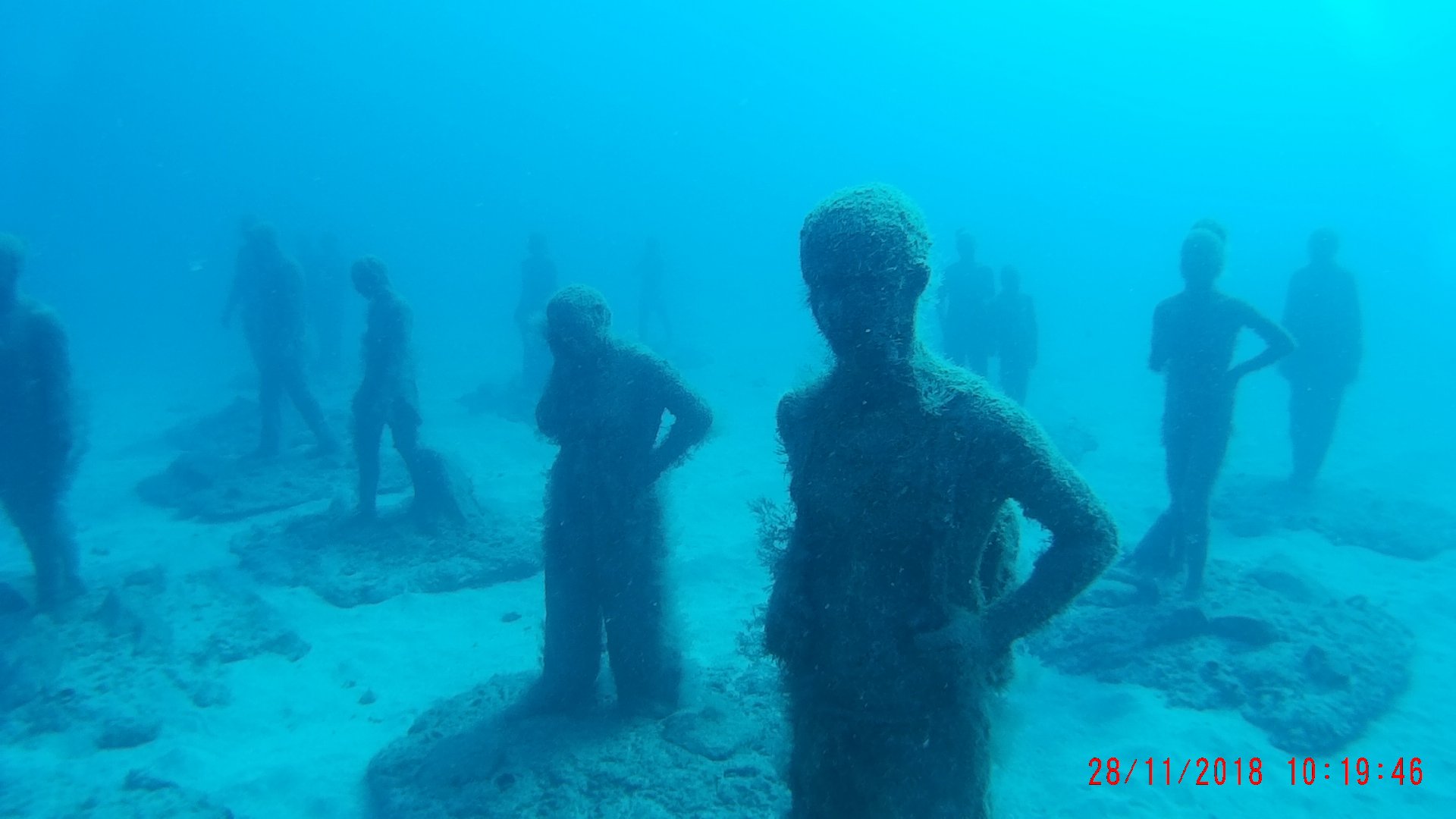 The project consists of 12 installations and more than 300 life-size human figures in 12 to 14 metres of water.

This work, called Portal, forms part of an underwater botanical garden.
The sculptures aim to portray “the dialogue between past and present and the divisions within society”, with some of the most notable works including The Rubicon, The Vortex and The Raft of Lampedusa, which references the influx of refugees on the Spanish island.

We had a great dive round this park and I took lots of photos & video – all with my £40 GoPro knock-off. 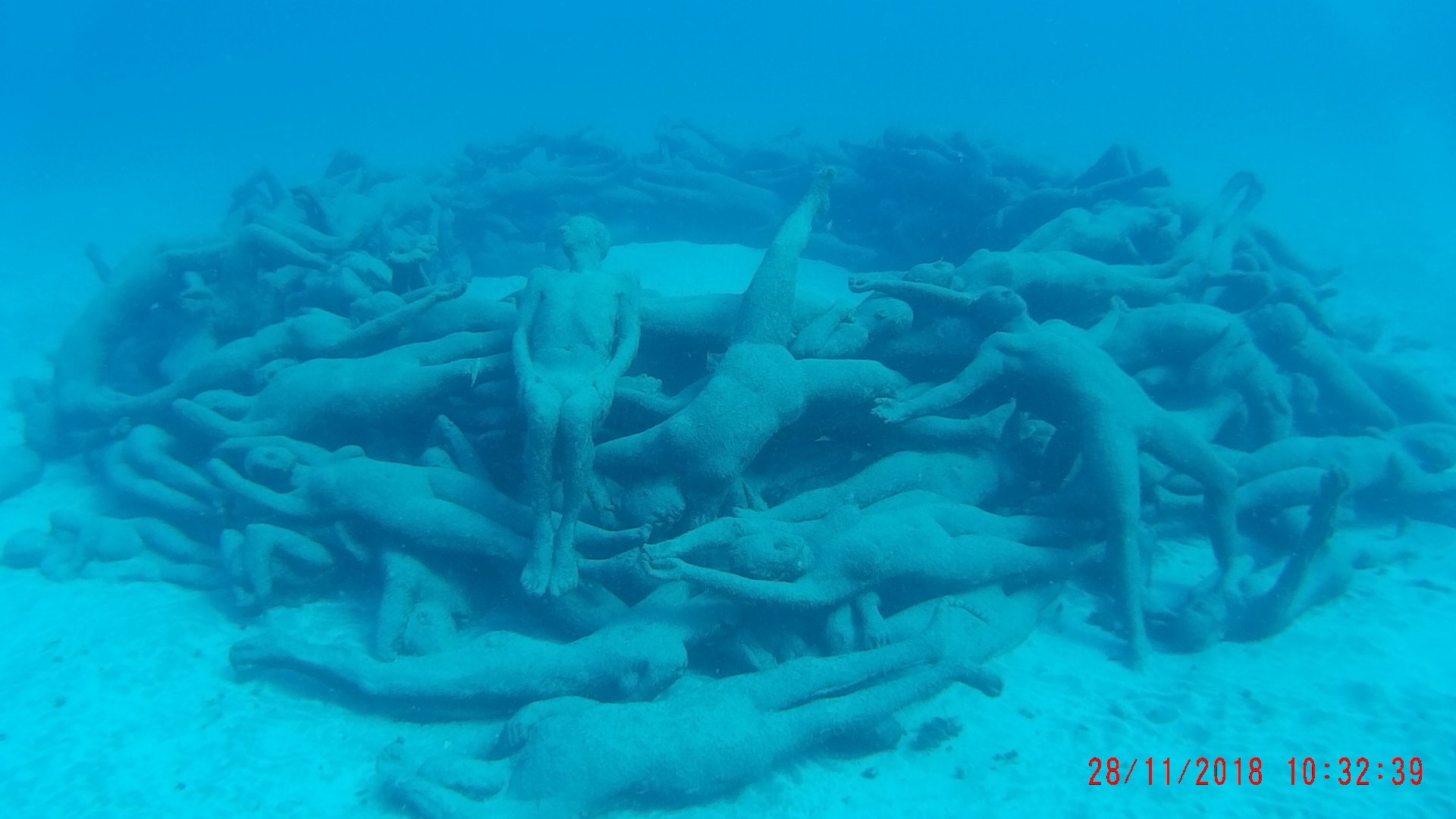 The second dive was on a nearby underwater lava flow at about 18 meters depth. Loads of life again. This video shows a lava tongue undermined by the sea.

The videos not the best quality but I’m struggling to get WordPress to upload big files. I’m sure it’s user error compounded by copious amount of post dive gin & tonic… 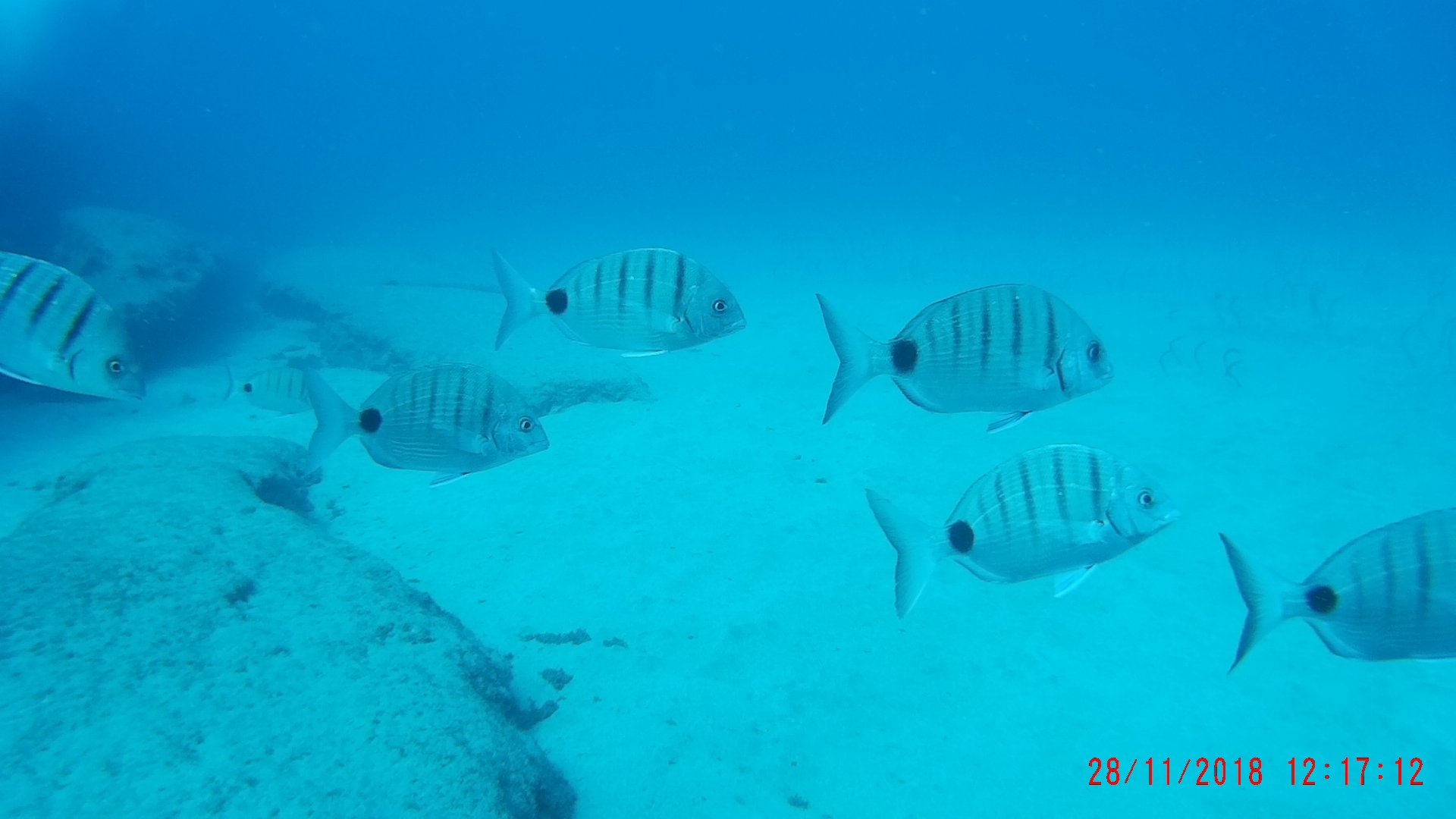 One more dive to go tomorrow – a night dive !