Woke up to brilliant sunshine and had a lazy start as we were both a little stiff after yesterday’s 70 miler. The Disasters of the day was Sarah not getting the best nights sleep because her new inflatable camping pillow had sprung a leak. Investigations in the shower showed it was beyond repair so a detour to decathlon in La Rochelle was planned.

La Rochelle was a beautiful city well worth a return visit. The cycle route through the city was not easy to follow – impossible without a gps.

After La Rochelle it was open farm land and canals. The cycle tracks were no longer smooth tarmac but gravel and mud. This made for the slow progress today. We arrived at a camp site after closing but we’re welcomed in – really nice people. The Municipal de La Biae is well worth a visit. They even have a special area for cyclists with benches 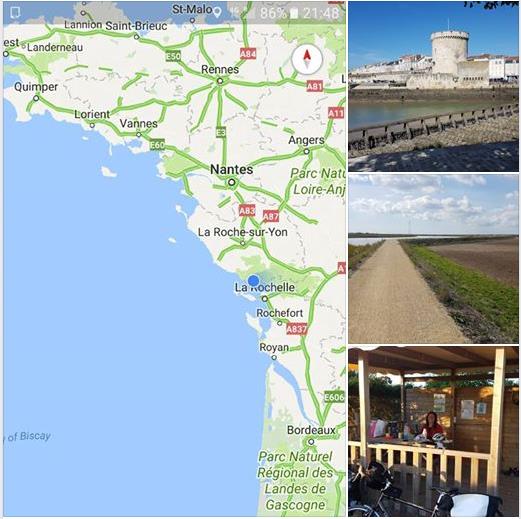